A 14-year-old schoolgirl was snatched off the road and bundled right into a van in a 3 hour kidnapping ordeal.

The teen, who was wearing her college uniform was strolling in an underpass in Milton Keynes at 3.40pm earlier than she was dragged right into a parked blue van by a person.

The woman was discovered at 7pm in a layby in Potsgrove, Bedfordshire – seven miles away from the place she was taken.

Thames Valley Police stated in the course of the three hours there have been three sightings of the woman, she was noticed twice strolling on the street and on a footpath. 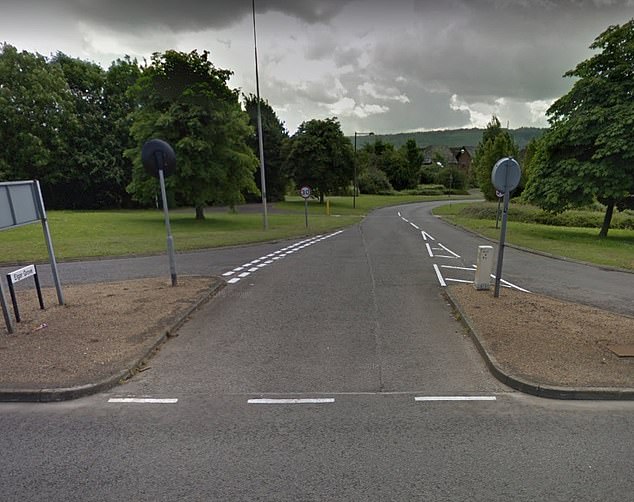 The woman was dragged into the van by a person in Elgar Grove. Pictured: Elgar Grove on the junction with Bletcham Means 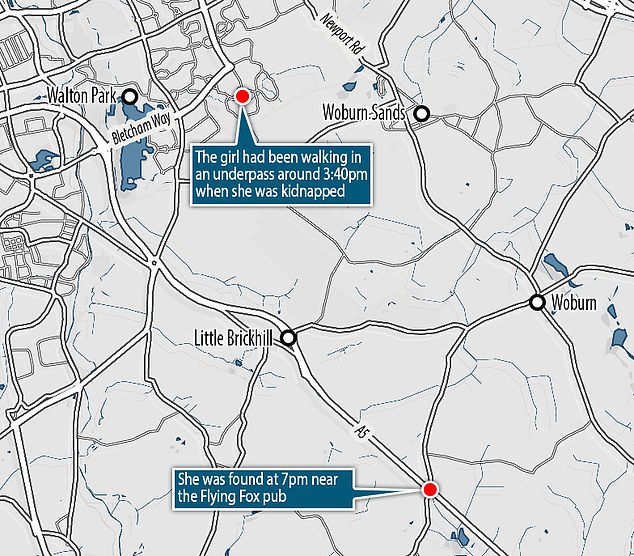 Officers stated she was not injured, however suffered a ‘distressing and scary’ ordeal when she was taken on November 15.

Police at the moment are interesting for witnesses and have stated locals might discover an elevated presence of uniformed cops within the space.

‘Fortunately the sufferer was not injured nonetheless this was a distressing and scary incident for her and he or she is being supported by officers.’ 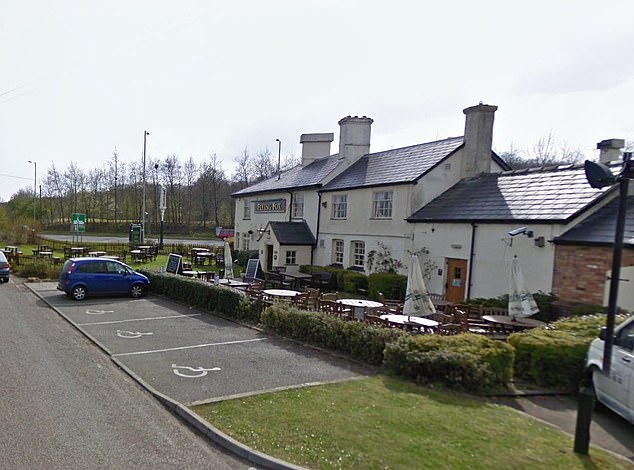 The woman was situated at 7pm in a lay-by of the A5 close to the Flying Fox public home in Sheep Lane, Potsgrove

The woman had been strolling within the underpass in Bletcham Means – which leads from the Energy League AstroTurfs into Browns Wooden – within the moments earlier than she was kidnapped.

She was dragged into the van by a person in Elgar Grove.

‘There have been sightings of the woman strolling in Watling Road, Fenny Stratford, at 4.20pm and on a footpath outdoors Hunters Farm, strolling within the path of Little Brickhill at 4.35pm.

‘The woman was situated at 7pm in a lay-by of the A5 close to the Flying Fox public home in Sheep Lane, Potsgrove, Bedfordshire.

The suspect is white, with a flesh tunnel earring in a single ear. He was sporting a black beanie-style hat, gray trousers and a gray high on the time.

Det Insp Simpson added: ‘I want to enchantment to the general public and converse to anybody who noticed a person matching the outline of the offender or a 14-year-old woman who was sporting a faculty uniform between 3.40pm and 7pm on Thursday within the areas of Elgar Grove, Browns Wooden, Watling Road, Fenny Stratford or close to Hunters Farm, Little Brickhill.

‘If in case you have any data to help our investigation please contact our officers.

‘I recognize these incidents will concern individuals in the neighborhood, so residents might discover an elevated presence of uniformed officers within the space.’